Android is a beautiful thing – let’s all agree on that. Do you remember when each mobile phone manufacturer would create their own propriety operating system – to give them a ‘differential’? My gosh, how painful was that? Every time you fancied an upgrade, you had to get to grips with a new interface, a new app store, a new experience – which, let’s face it, was pretty pants compared to Android and iOS.

OK, so. I’ve made my point clear, I’ll get off my soap box now. Android is awesome.

Except however, for when it is not.

Android has gone through more versions than I’ve had hot dinners, and what that means is there are a lot of Android users out there getting mixed experiences. And what happens when the system malfunctions? Where do you turn to to get it fixed? What do you Google? Help!

Fortunately, Android is very well known. It’s even better known to techies who have gone under the bonnet to see what goes on and what happens when it doesn’t play ball.

Today, there are some pretty common Android issues, which happen irrespective of which version of Android your smartphone runs on. Here are just a few:

Go Pro or Go it Alone?

If you’ve encountered any of the above Android system issues, you may be tempted to give someone a call. After all, are you really a mobile phone operating system expert?

The trouble with that, of course, is it might cost you a pretty penny to get to the bottom of what is causing your handset to malfunction. Diagnostics can take time and money – so it’s more than likely that going to a third party will be expensive versus self-help methods.

Thankfully, as we’ve discovered on AndroidPCSuite.com, there are some really clever software developers who have created programmes to not only detect what is wrong with your device, but to fix them too – in just a few clicks! Crazy huh?

What I’d like to do next is introduce you to the very best Android Repair tools on the market, so you can read up, view ‘How-To’s’ and get comfortable before trying the software yourself – and get your handset free from system issues so you can go about your business, all at a fraction of the cost of hiring an Android expert. 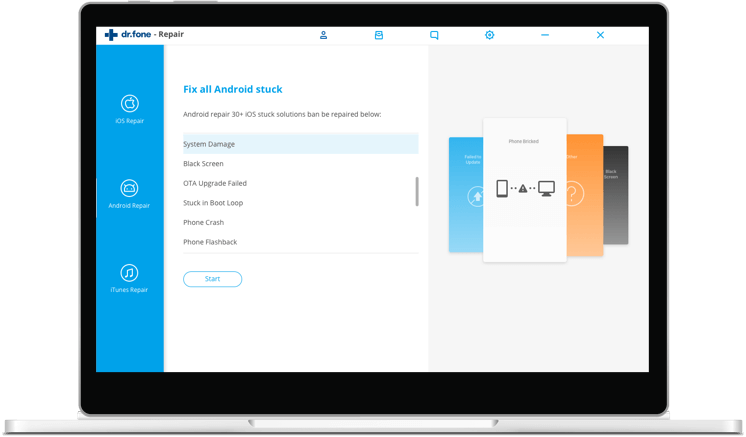 Come across abnormal symptoms on your Android phone or tablet? Unable to access your device due to it becoming unresponsive? Perhaps apps keep crashing or the latest Android update didn’t run successfully? If any of these symptoms are familiar, there’s a high possibility that the Android system has gone wrong somewhere.

Now, if you’re a bit of an Android wizard, then fixing these types of issues may be fairly straight-forward. But for the majority, we’re left in the dark and wondering whether or not a new phone is required.

Dr.Fone – System Repair is the only Android PC suite of it’s type, and has been specifically programmed to identify issues and fix them in just a couple of clicks. All you need to do is connect your misfiring Android device to your PC, load the software and let it run it’s diagnostics.

This Android repair tool has the highest success rate of repairing known Android issues, and is able to fix a large list of symptoms, including:

How to Use Dr.Fone – System Repair

Launch Dr.Fone on your computer, and select “System Repair”. 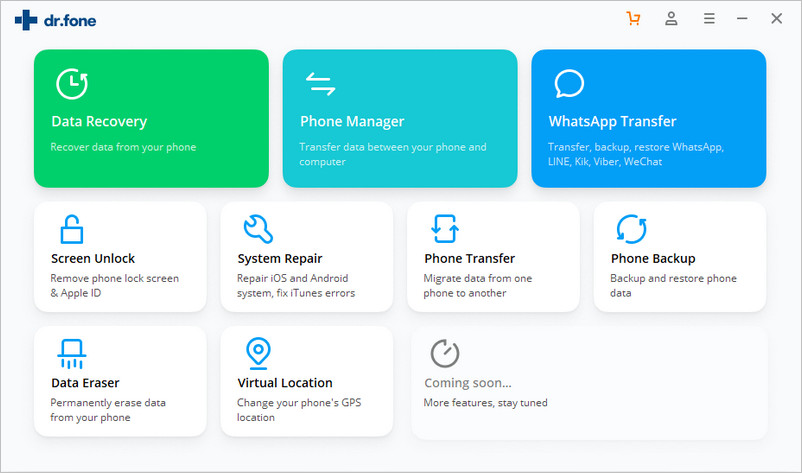 Step 2. Connect Your Smartphone Via USB

Connect your Android phone or tablet to the computer with a USB cable. Click the “Android Repair” among the 3 options. 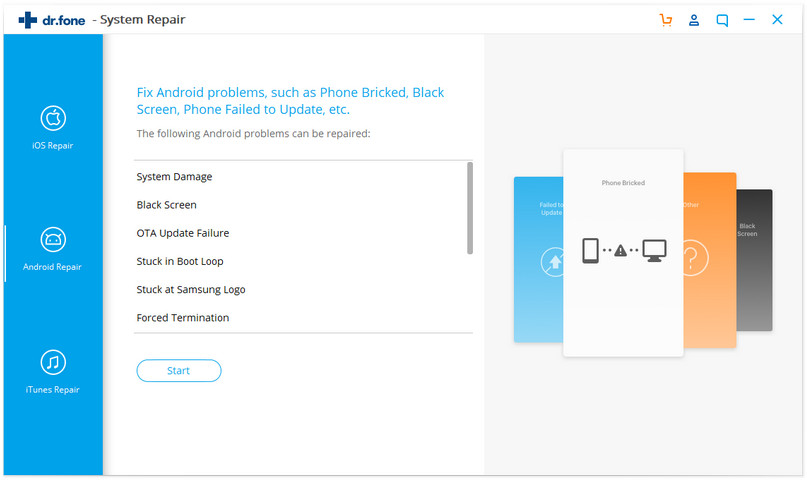 In the device information screen, select the correct brand, name, model, country/region, and carrier details. Then confirm the warning and click “Next”. The Android repair may erase all data on your device. Type in “000000” to confirm and proceed. Note: It is highly recommended that you backup your Android data before opting for Android repair. 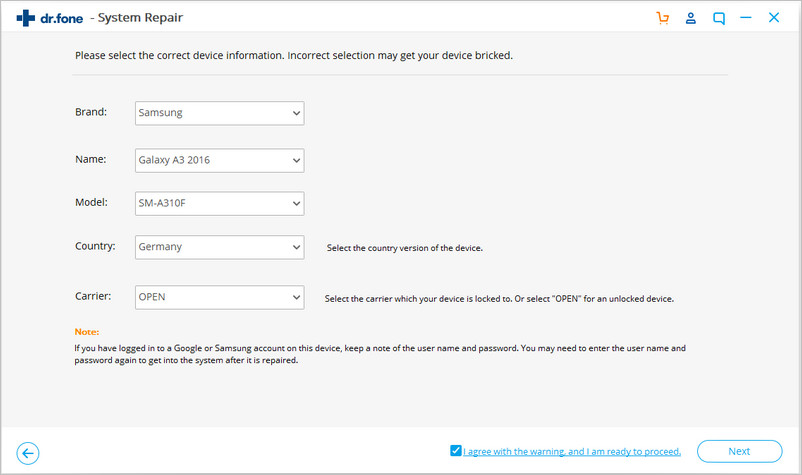 For a device with Home button:

1. Power off the phone or tablet.
2. Press and hold the Volume Down, Home, and Power buttons for 5s to 10s.
3. Release all the buttons, and press the Volume Up button to enter the 4. Download mode. 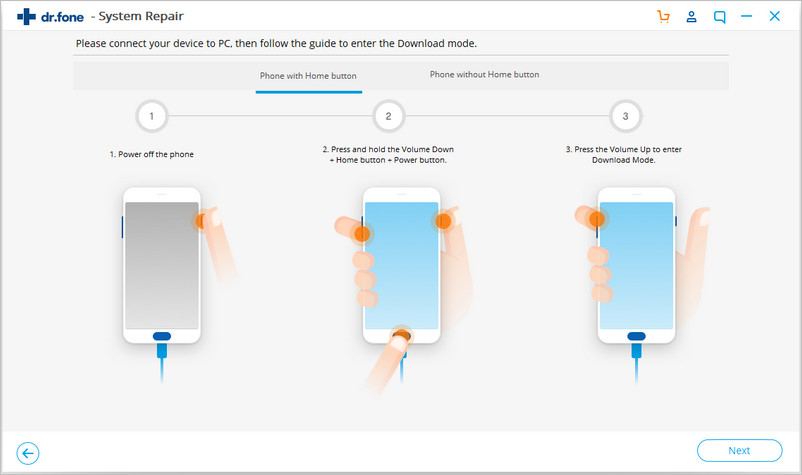 For a device with no Home button:

1. Power off the device.
2. Press and hold the Volume Down, Bixby, and Power buttons for 5s to 10s.
3. Release all the buttons, and press the Volume Up button to enter the Download mode. 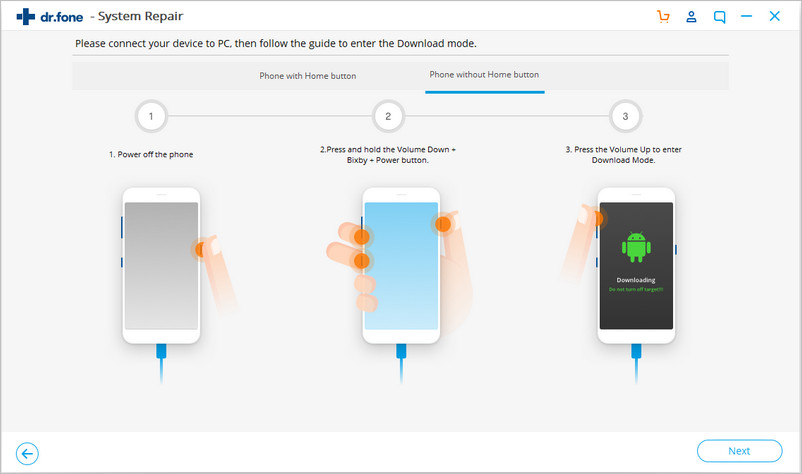 Then click “Next” so the program can start downloading the firmware.

After downloading and verifying the firmware, the program automatically starts repairing your Android device. 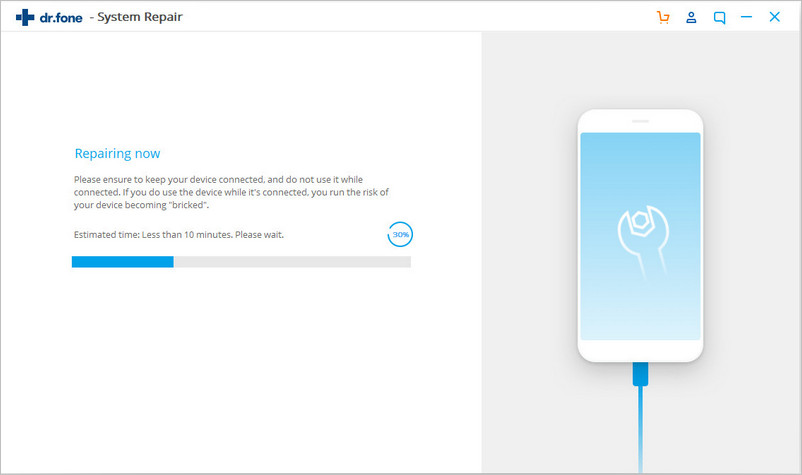 Your Android device will have all system issues fixed. 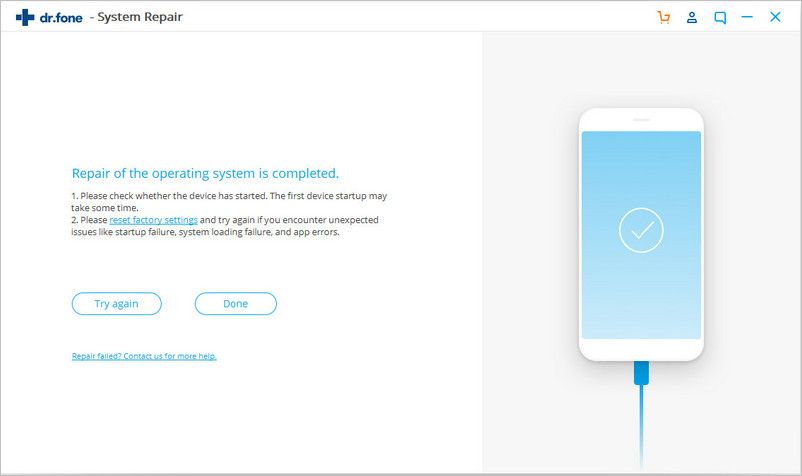